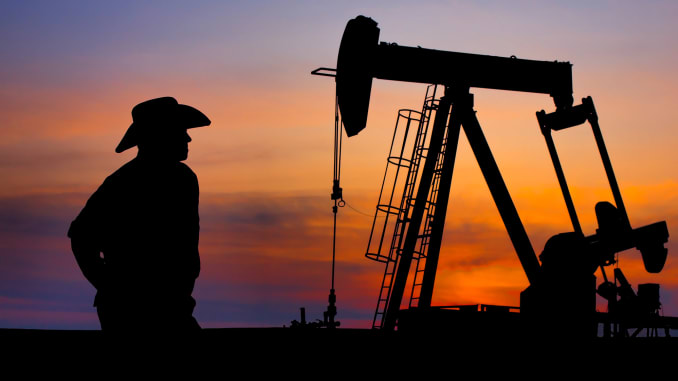 The American oil industry is facing a doomsday scenario.

The coronavirus pandemic has caused oil demand to drop so rapidly that the world is running out of room to store barrels. At the same time, Russia and Saudi Arabia flooded the world with excess supply.

That double black swan has caused oil prices to collapse to levels that make it impossible for US shale oil companies to make money. US crude for May delivery turned negative on Monday — something that has never happened since NYMEX oil futures began trading in 1983. It was easily the oil market’s worst day on record.

US crude for June delivery is still trading above $20 a barrel — but even that’s disastrous.

“$30 is already quite bad, but once you get to $20 or even $10, it’s a complete nightmare,” said Artem Abramov, head of shale research at Rystad Energy.

Many oil companies took on too much debt during the good times. Some of them won’t be able to survive this historic downturn.

In a $20 oil environment, 533 US oil exploration and production companies will file for bankruptcy by the end of 2021, according to Rystad Energy. At $10, there would be more than 1,100 bankruptcies, Rystad estimates.

“At $10, almost every US E&P company that has debt will have to file Chapter 11 or consider strategic opportunities,” Abramov said. The most stunning part of the record low in oil prices is that it comes after Russia and Saudi Arabia agreed to end their epic price war after President Donald Trump intervened. OPEC+ agreed to cut oil production by a record amount.

Trump said the OPEC+ agreement would save countless jobs and much-needed stability to the oil patch.

“This will save hundreds of thousands of energy jobs in the United States,” Trump tweeted on April 12. “I would like to thank and congratulate President Putin of Russia and King Salman of Saudi Arabia.”

Yet crude has kept crashing, in part because those production cuts don’t kick in until May. And demand continues to vanish because jets, cars and factories are sidelined by the coronavirus pandemic.

The hope in the oil industry is that Monday’s negative prices are somewhat of a fluke caused by the rolling over futures contracts.

The record low in the May contract comes on very thin trading volume ahead of Tuesday’s expiration. That’s because there are concerns that there will be no room to store those barrels delivered in May. The June contract, however, only dropped around 10% to $22 a barrel. And Brent crude, the world benchmark, fell just 5% to $26.50 a barrel.

Still, oil contracts roll over each month and they don’t crash to record lows.

“There will be a lot of companies that don’t survive this downturn,” said Ryan Fitzmaurice, energy strategist at Rabobank. “This is one of the worst on record.”