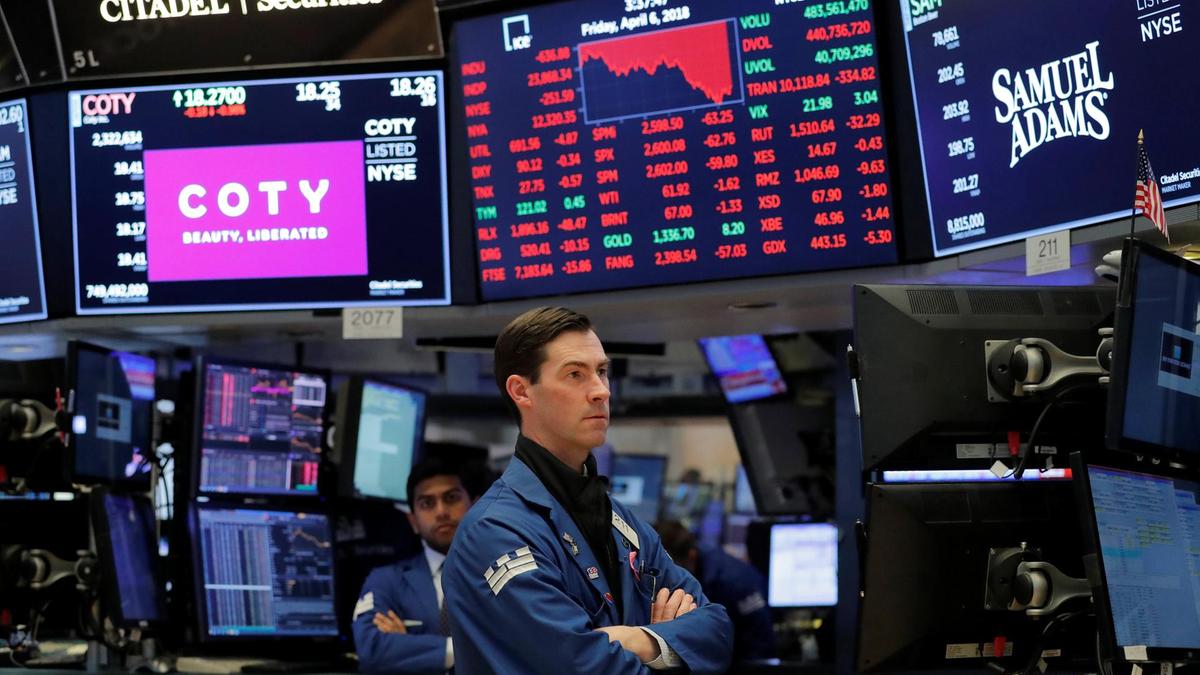 Futures contracts tied to the major U.S. stock indexes fell early Thursday after an address from President Donald Trump failed to quell concerns over the possible economic slowdown from the coronavirus.

The move comes after the Dow Jones Industrial Average ended its historic 11-year bull market run by closing in a bear market.

In his address, Trump announced travel from Europe will be suspended for 30 says as part of the government’s response to the coronavirus. Trump also said the administration would provide financial relief for workers who are ill, caring for others due to the virus or are quarantined.

Meanwhile, Asian stocks traded sharply lower on Thursday after President Donald Trump suspended all travel to the US from mainland Europe in a bid to slow the spread of the coronavirus.

It followed steep losses on Wall Street, with the Dow Jones plunging by almost 1,500 points, or 5.8%.

The Dow is now more than 20% below its recent high, a threshold that often accompanies a recession.

Earlier the World Health Organization declared the outbreak a pandemic.

Japan’s benchmark Nikkei 225 fell by more than 4.5% in morning trade, while the Hang Seng in Hong Kong lost 3.8%, and China’s Shanghai Composite was 2% lower.

The falls came after Mr Trump suspended all travel from Europe to the US for 30 days starting on Friday in order to fight the coronavirus outbreak.

“It is not the virus itself, but rather the fear and panic related to the virus and the associated altered economic behaviour that could be a damaging tipping point, forcing the global economy onto a darker path,” said Katrina Ell, a senior economist at Moody’s Analytics.